The production is around 20,000 bottles per year.

The Historical Cellar was created in 1861 and soon became the heart of the company.
Actually, it was Grandfather Angelo Zanello who, from 1920 to the late 50s, increased its production and potential, acquiring land and enlarging vineyards.
In the 60s, when a lot of farm owners were leaving their farms to work in factories, the Zanello family decided to resist and keep the property intact, despite difficulties and changes in the market.

For 10 years now, after a period inactivity – during which the property has always been preserved – Paolo Zanello has decided to start running the winery and the company again.
This meant working hard not only to restore and renovate the main house, the historical cellar and the Infernòt, but also to restart the many activities of the company.
In the cellar, all original wine making tools used in the past two centuries have been restored, creating a real museum which testimonies the long history of the company.

Nowadays, the wine production is around 20,000 bottles per year. What made this possible was the construction of a modern and well-equipped vinification cellar, where – with the help of enologist Mattia Nicoletta – the production has been restarted and has been steadily active for five years now.
The wine selection has been naturally geared towards the indigenous grapes, mainly red ones, which come from this territory: Grignolino from Casalese Monferrato, whose origins are from Lignano Castle in the neighbouring town of Frassinello, Barbera d’Asti, Freisa and Bonarda.

Following the desire to include a white wine in the range, new Chardonnay and Arneis vineyards have been added, with the possible project of producing a Classic Method Spumante.

The choice is to enhance the perfect climate conditions of the land in Rosignano, taking care of the agronomic aspect and carefully following every step of the vinification process. The goal is to obtain from every grape variety the adherence to the varietal and the respect of typicality which are the basis of the production philosophy of Paolo Zanello and the company project as a whole. 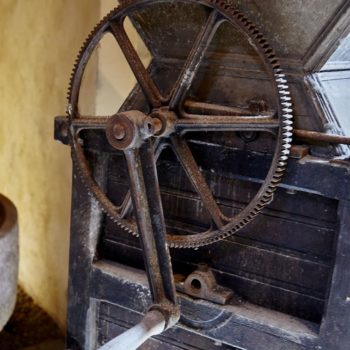